Quote of the Day:
Me: “Thanks for dumping dog food in the water bowl sweetie”
Her: “Welcome Mommy” 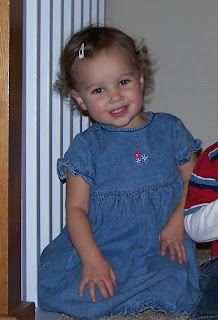 So, I probably shouldn’t have posted the wonderful Wal-mart adventure so quickly because today a trip to Office Max proved to be anything but bliss…I should’ve known as we were fighting just getting people in the cart, but then my middle child asks to push. Why in tarnation I said ‘ok’ I’ll never know. This was immediately followed by him lagging behind and running into things because, let’s just get it out, he’s not the tallest little dude on the block, and can most definitely NOT see where he’s pushing a cart. So as any good mother would, I help to steer the cart and pull a tad just to keep up pace.

The unfortunate series of events that followed made me feel like one of those mom’s who is completely out of control of her kids and who I often say a little prayer for when I hear them coming. So right there in the middle of Office Max, and praise the Lord there were only a couple people in the store, I give my little man an option, he can keep up, or get in. He stands firm refusing to answer or to move (this has always been his tactic). I politely tell him that I will choose for him then. As I go to pick him up off the floor which he’s now dropped to, he lets out a blood curdling scream, one that causes ringing in my left ear. Now I’m not about to give up this fight (mostly because there were people watching and I had to pretend to be a good consistent Mommy), and apparently neither was he because he continued to scream at the top of his lungs all the way out of the store.

And just to seal the deal for our fun day out, my 2 year old has been up in her room screaming for about 10minutes, its naptime and apparently she’s not convinced.

See, honey, this is why I’m ready for a break when you get home!

On a happier note, I did witness this image this morning during school. One of the moments God uses to let me know that it’ll be okay. 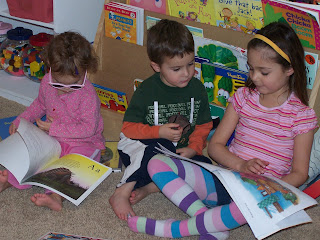 Now, please excuse me while I take a quick jog around the block and eat some chocolate.