Hi and welcome to our Road Trip USA week on Indiana! 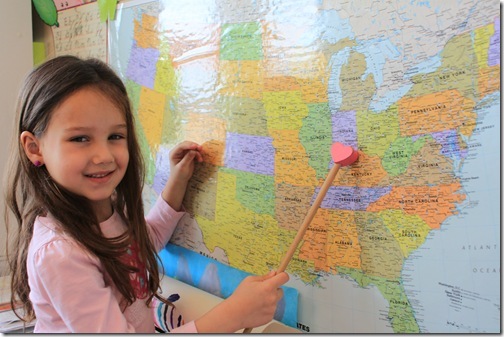 Indiana was named the 19th state on December 11, 1816. It is nicknamed “The Hoosier State” for several reasons, one is in reference to a boat named the “Indiana Hoosier”. Another possibly is that the state was named after a group of nosey Indianans who called out “Who’s here?” to every house they passed. Indiana is also home to one of the largest limestone deposits on earth. The Empire State Building, Rockefeller Center, the Pentagon U.S. Treasure and 14 state capitals are built of Indiana limestone! 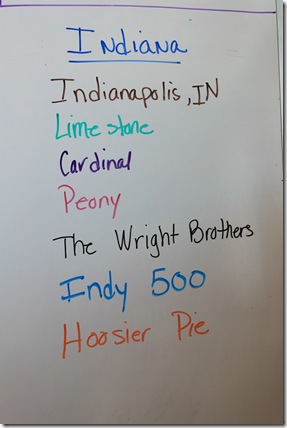 As usual Turbo was quick to find Indianapolis in our National Geographic Atlas. 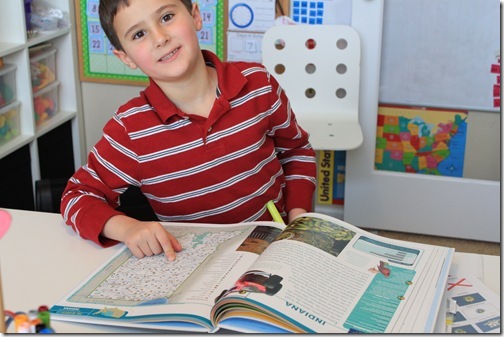 We colored in our state worksheet as we learned all of the fun facts about Indiana. 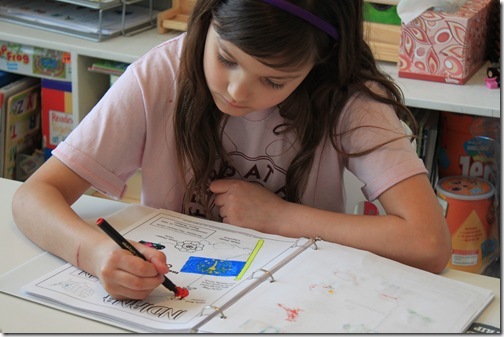 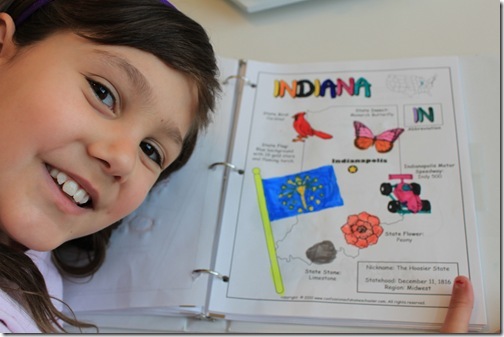 We added Indiana to our United States Bulletin display. 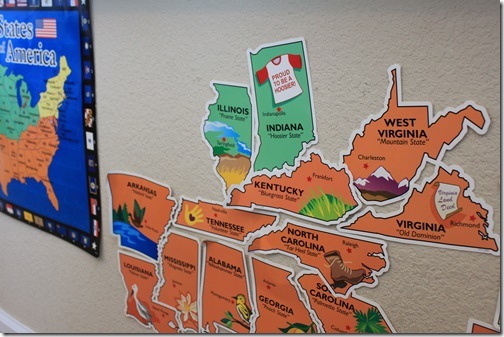 And Strawberry Shortcake added it to our Trend USA Wall Poster. 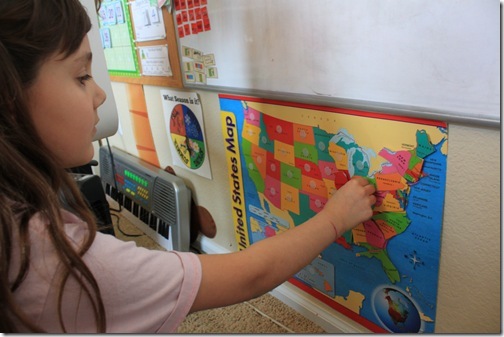 Wilbur Wright of the “Wright Brothers” was born in Millville, IN. Interest stemming from a toy helicopter Orville and Wilbur received from their father, inspired the boys to spend a lifetime developing different flying contraptions. In 1903 they launched the first airplane flight ever. By 1905 they launched an airplane that could fly for more than 30 minutes at a time and by 1908 they’d reached a 1 hour flight time. The Wright planes were the first U.S. military airplanes.

In honor of the Wright Brothers we made some fun paper airplanes to fly off the top of the stairs. 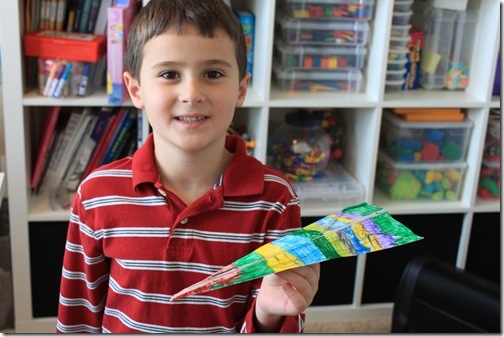 The Indy 500 is a 500 mile American automobile race, held annually over the Memorial Day weekend at the Indianapolis Motor Speedway. The speedway has been open since 1909 and covers 253 acres! Four cars have finished the race without a pit stop, the last time that happened was 1949!

Since Turbo is all about cars, we made a few to race. This was a wooden set from Michael’s that Turbo put together for his Contenders group. 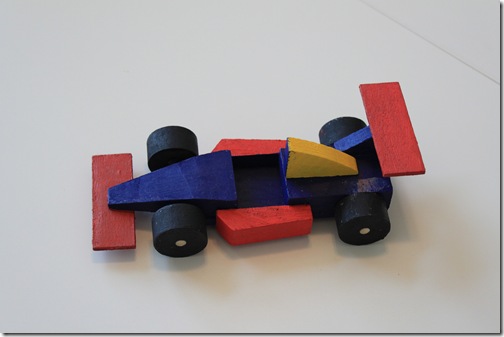 We hosted races until the last man was standing. 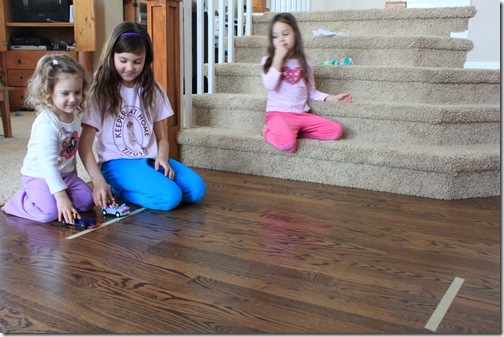 Turbo was so excited he raced his car right into the wall and it broke into pieces. We taped it back together for the remaining races, but he was none too happy! 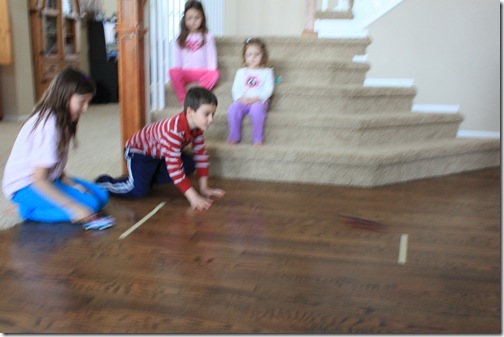 Tinker Bell was next… 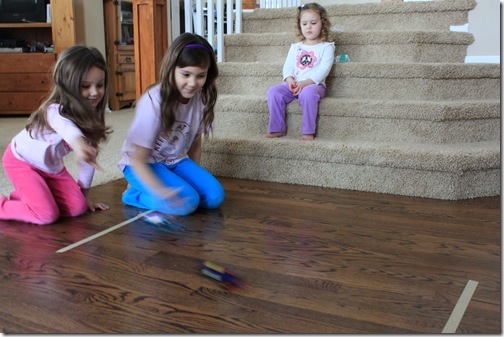 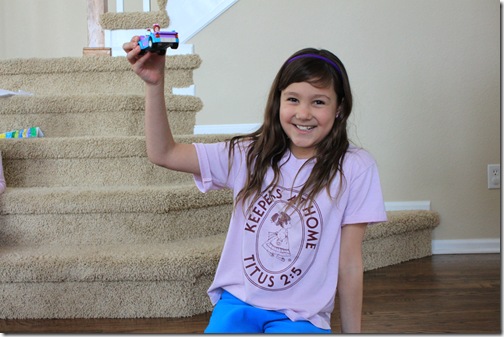 Here is the winning car up close it’s a girly Lego car that Strawberry Shortcake got for her birthday. Go Girl Power! 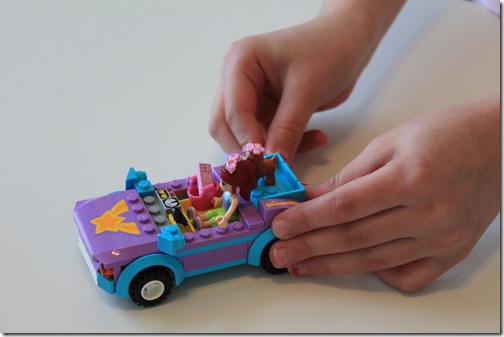 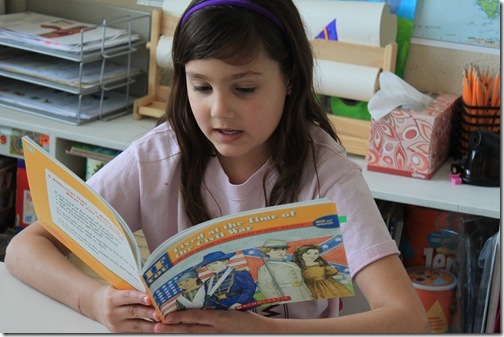 My mom was here today and she helped us whip up some Sweet Cream Pie a.k.a. “Hoosier Pie”. 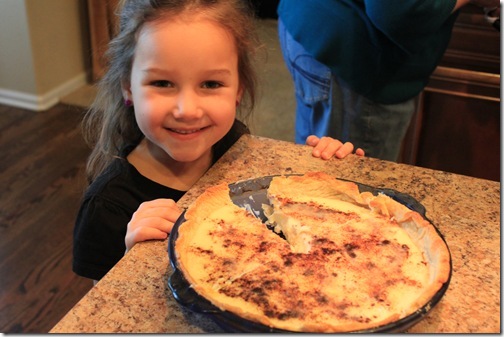 The recipe is in the Road Trip USA curriculum and just so you know it IS indeed creamy and S W E E T! 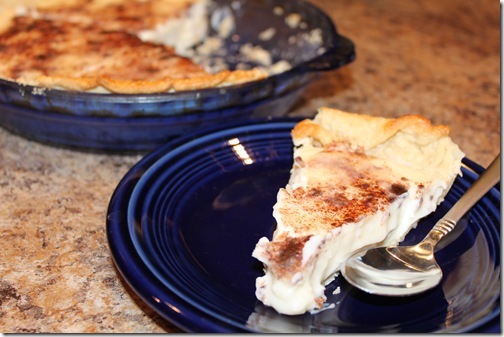 Since it was a review sheet we worked on our Illinois and Indiana mini-books. 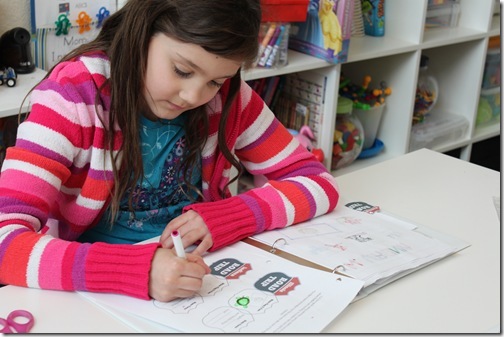 Then we added them to our Midwest notebook page to get it started off! 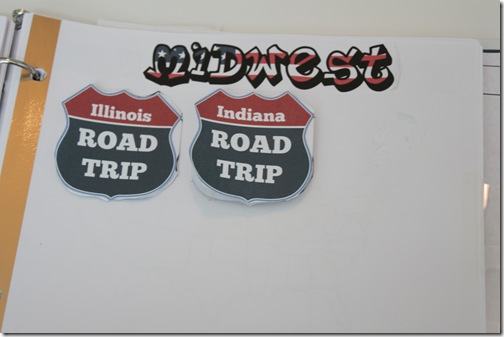 And that wraps up our Indiana study! If you’d like to come along with us on our Road Trip USA journey, click the image below to learn more!