Hi readers! I’ve mentioned randomly that we’re in the process of moving. You may have wondered why it is taking so long, and I’ve had lots of questions regarding the move. So I thought it might be fun to do a few posts on the process. 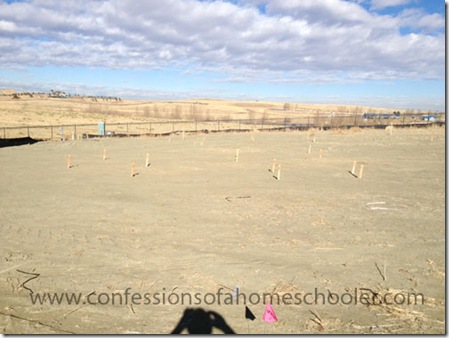 For a variety of reasons we decided to look for a new home last year. After about 6 months of searching for a home that fit our needs, we settled on a new build. We were extremely excited about the house and new location. It’s really only a few miles from where we live now, but a nicer area, with a lot of fun recreational activities close by for our family.

True to builder tradition, they took longer than expected. We put our deposit down on a piece of dirt way back in October of 2012. And then stared at dirt for several months. So we stared at dirt for what seemed like literally F.O.R.E.V.E.R. In the grand scheme of things, I think it was closer to four months or so. 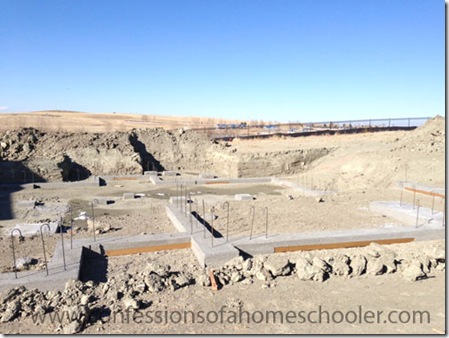 One thing about doing a new build, was that we had the blessing of burying a Bible underneath our home. We view it as a symbol of building our house on the Word of God. Literally and figuratively :o)

Sometime in February the foundation crew came in. I believe it snowed immediately following, and so we stared at this mess for another couple months. 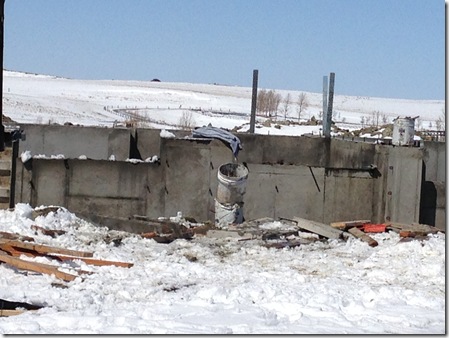 I’ll spare you all of the highly detailed pics we took, but rest assured sometime in April we started seeing some framing appear. Followed shortly by plumbers and electricians, and window guys. 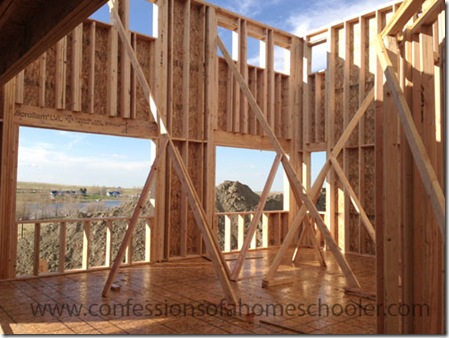 Man those framers rocked! Those guys worked 6 days a week from sun up to sun down and had the whole thing framed in about 2 1/2 weeks, roof and all!

Stay tuned to next Friday to see more building and moving fun from COAH!

(COAH stands for Confessions of a Homeschooler, but since some of you actually started that abbreviation for me, I figured you would understand.)