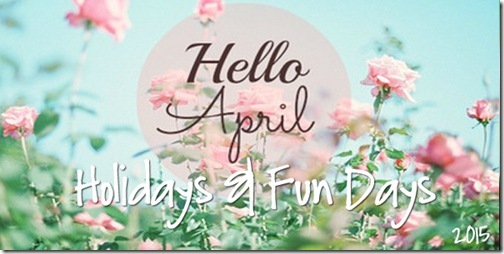 Did you know that April is national humor month? Yep that’s right, all month long we get to be funny! Sounds like a good time to me!

And April is full of interesting days, so let’s get started shall we?

April 8 Draw a Picture of a Bird Day –

And that’s it for the April 2015 holidays and fun days! See you next month with another list of random and wacky days!