This week we reviewed Read Write & Type from Talking Fingers. Their approach is based on the simple idea that text is speech made visible. Then we just use our fingers to represent those sounds on paper. 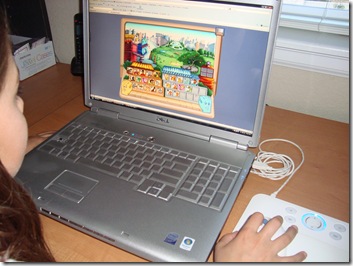 So what is Read Write & Type? It is an online learning system that includes phonics, spelling, keyboarding and word processing. It can run on Mac and PC’s but does require 16MB ram and 2MB Free disk space to run. They suggest you have a 13” or larger monitor and a mouse.

What were our thoughts?

Initially it seemed kind of silly to me, but my kids seemed to really like it! Since typing takes awhile to sink in and requires much practice I’m going to let her keep up with this one and I’ll come back later and edit to let you know if it’s actually working or if it’s just fun. The fun games did seem to draw a crowd though! My son asked if he could play as well, so we’ll give him a shot later on. 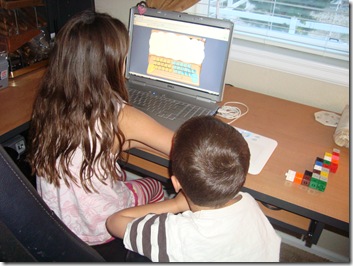 From what I can tell they do have a lot of repetitious practice, and it definitely motivates them to do it since it’s not as boring as just typing from a sheet of paper.  They start out practicing one letter plus the space bar so for example “f f f f f f” then later on they add in two letters such as “ca ca ca ca”, and so on.

As I mentioned earlier they focus on the sounds that the letters make so instead of telling your child to type the letter F they say type the “fff” sound. To see an online example visit Read Write & Type where you can try a FREE demo.

For more games from Talking Fingers check out the links below:

Click here to see what other TOS Crew members think!

Disclosure: I am member of the TOS Homeschool Crew.  Talking Fingers provided me with a free subscription to Read, Write & Type to review on my blog. The opinions I have given are mine and may differ from others but were not influenced by the company or the free product provided.