Welcome to our United States Geography tour! We are nearing the end of our unit study and today we are learning all about the beautiful state of Washington as we go through our Road Trip USA Curriculum! 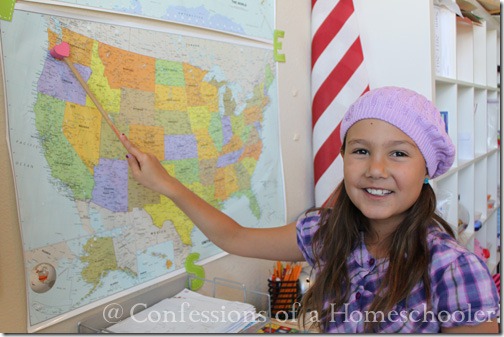 Washington was made the 42nd state on November 11, 1889. It was nicknamed “The Evergreen State” because of the large fir and pine trees in the state that make it green year round. It is also home to Mount St. Helens, located in the Cascade Range southeast of Seattle, WA. The volcano last erupted in 1980 after 123 years of inactivity. The eruption blasted over 1,000 feet off the top of the mountain. This eruption changed the mountains elevation from 9,677 feet to 8, 363 feet. 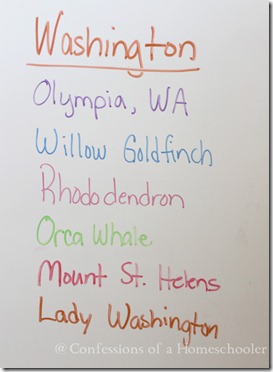 In 2007, the “Lady Washington” became the official ship of the state. She was a 90-ton merchant ship, built in Aberdeen by the Grays Harbor Historical Seaport Authority. She was first launched on March 7, 1989. She was named in honor of Martha Washington and was the first American vessel to reach Japan in an unsuccessful attempt to move some unsold pelts. She served as part of the Columbia Expedition, then in 1797 she foundered in the Philippines. 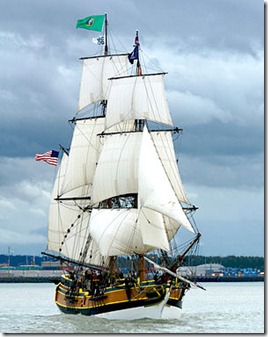 Mount St. Helens is an active strato-volcano located in Skamania County, WA. It is 96 miles south of Seattle. It is most famous for its catastrophic eruption on May 18, 1980 at 8:32 am PDT. It was the deadliest and most economically destructive volcanic event in the history of the United States. Fifty-seven people were killed, 250 homes, 47 bridges, 15 miles of railways, and 185 miles of highway were destroyed. An avalanche triggered by an earthquake measuring 5.0 on the Richter scale, caused an eruption which reduced the elevation of the mountain’s summit from 9,677 feet to 8, 363 feet. The summit was replaced by a 1 mile wide horseshoe-shaped crater. 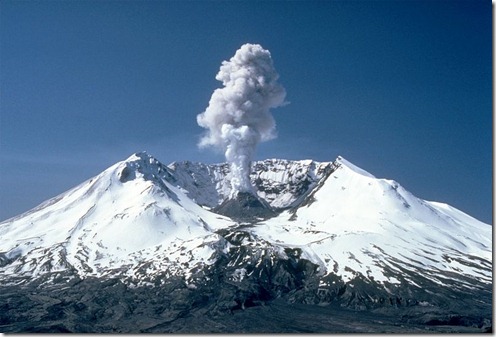 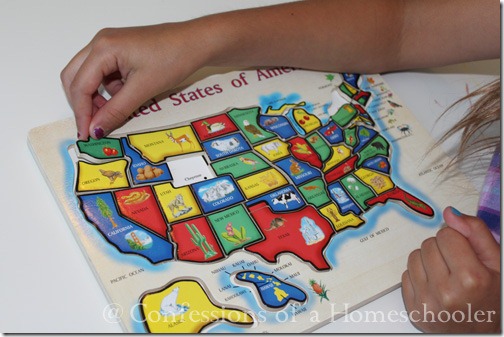 We read through all of the fun facts on Washington from our Which Way USA Highlights Subscription. If you can, this is a really fun United States subscription. The magazines have fun games, and the fold out you see below has pictures with lots of fun facts along with a full sized map of the state on the other side. 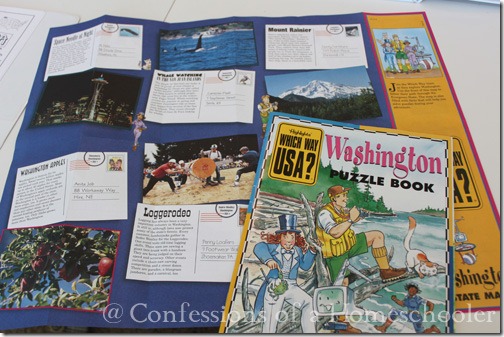 After learning about the animals symbols for Washington , we classified and added the animals to our USA animal wall! 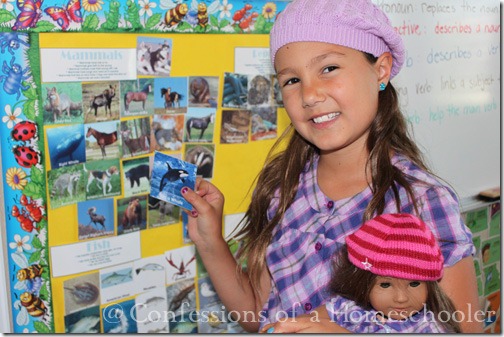 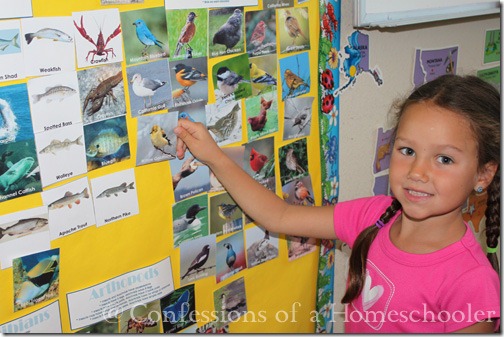 Strawberry Shortcake and Kanani added Washington to our United States Bulletin. After that we reviewed all of the states we’ve learned so far on our travels. 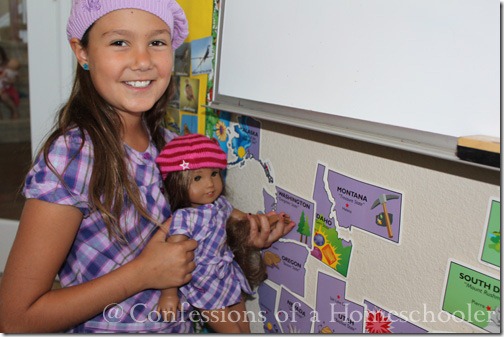 We took turns working on our mapping skills by locating Olympia, Washington in our National Geographic Atlas. 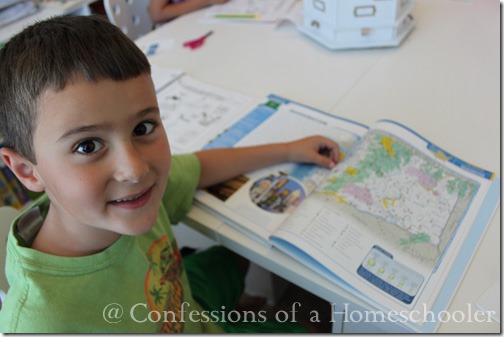 They all completed their state worksheets as we read through all of the Washington state facts in our curriculum: 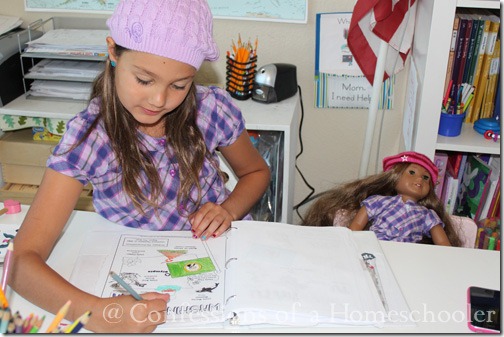 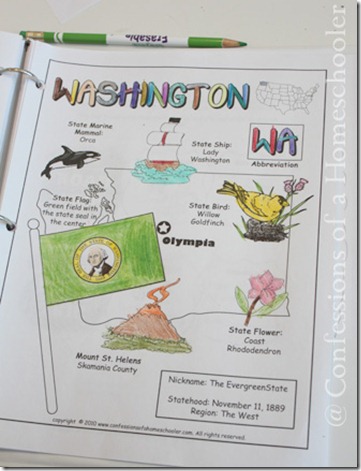 Then Tinker Bell had the honor of adding the state to our wall map. I’ve had lots of questions on this, and the directions are in the curriculum, but we purchased two of these Trend USA Wall Maps and then simply cut one up into states, then used small velcro dots to attach them as we travel through our state study. 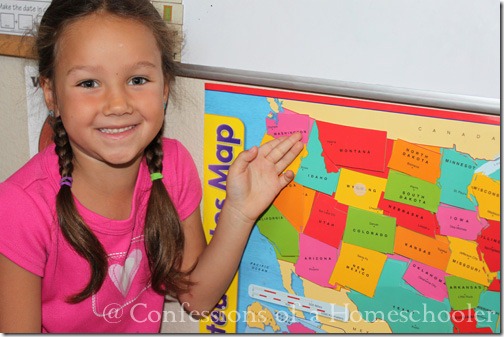 And finally we finished the history portion of the curriculum by reading through “If You Traveled West in a Covered Wagon” by Ellen Levine. 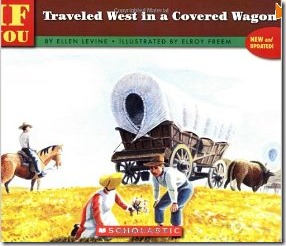 Last but not least, we concluded our week by adding the Washington state flag to our Travel Log. 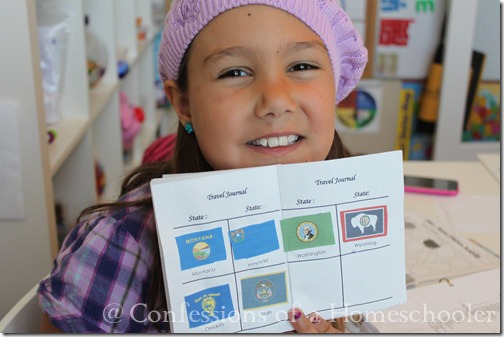 And that wraps up our Washington study! If you’d like to come along with us on our Road Trip USA journey, click the image below to learn more!