Hi all, I’ve been working on some new fun math worksheets for you and they’re finally done! Awhile back I put up domino addition and subtraction math sheets, but today I’m taking that to a whole new level! 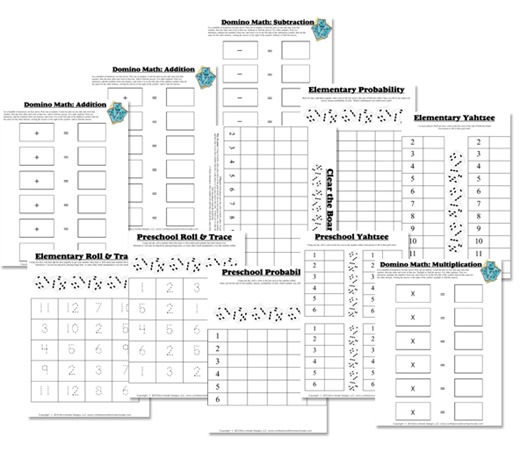 I made worksheets for preschool level through about 3rd grade. Here is Tinker Bell doing a roll and trace worksheet. 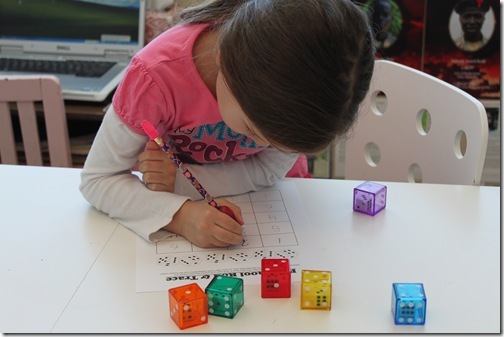 The Teeny Tot wanted in on  the action so I made her a probability sheet. She rolls the die and we count the dots on the top. Then I show her which number is the same as what she counted and she fills in a square next to it. Whichever number’s row is filled first wins! 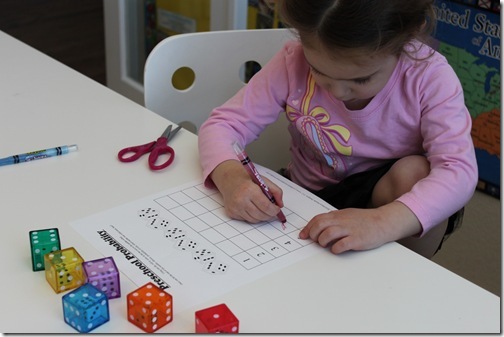 Strawberry Shortcake did my domino addition worksheet using the Dice in Dice. Then she asked for a multiplication worksheet, so I added that in to the download as well. 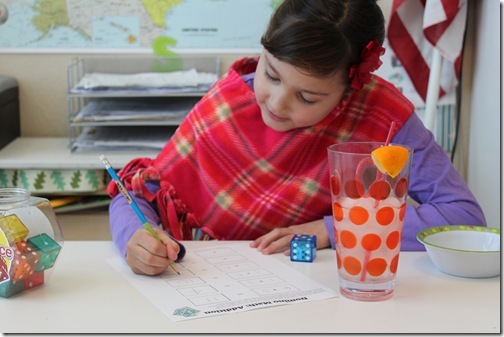 Here is Turbo. He’s doing a roll and trace sheet too, but this one is for elementary students. He rolls one die, then adds the numbers on the outer die and inner die together. Then he finds the answer on his sheet and traces over it. 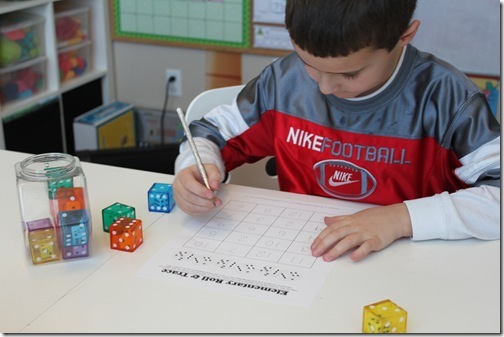 Strawberry Shortcake and Turbo are racing to see who can clear their markers off the game board first. They guessed which numbers would be easiest to roll, then each placed 8 markers next to the numbers they chose. Next they took turns rolling the die and adding the two numbers together. If they had a marker on the board next to that number, they could remove it from the board. First one to clear the board wins. We just used clear bingo markers, but you can use whatever you have handy including cheerios! 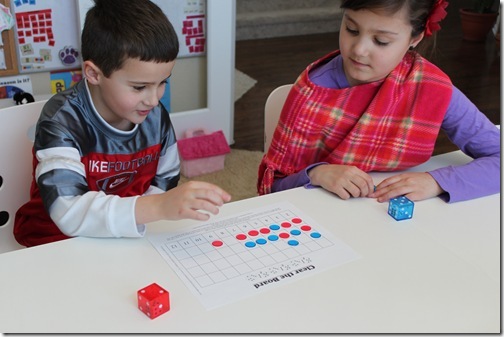 As soon as the Teeny Tot saw the others playing this game she insisted on it as well. I changed it up a bit for her though. I had her put some colored unifix cubes on the grid, then I put the colored dice in a box and had her pick one out. For each die she picked out, she could remove one cube of the same color. Once her cubes were all off the board she won! Yay! 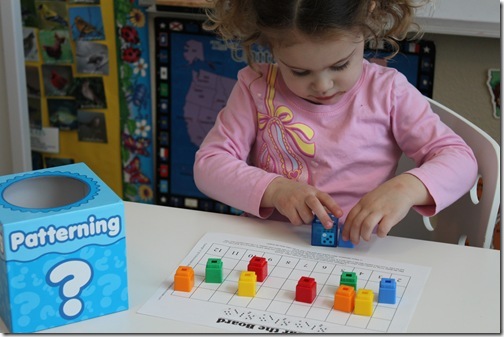 Just to keep it real…then she did this. 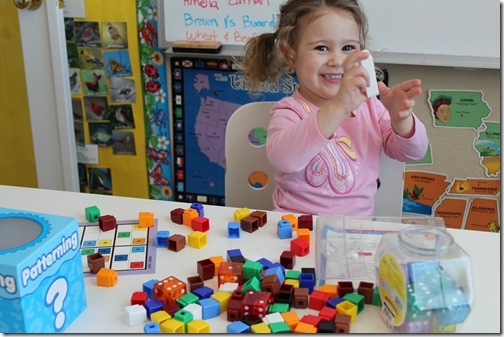 Threw the cubes and dice all over the table for fun. Which kind of worked out because then I just had her put the cubes all back together by color.

You can certainly use these games with any dice or dominoes you own, but I found these fun dice that help motivate my kiddos to want to do the games! They’re called Jumbo Dice in Dice by Learning Resources. 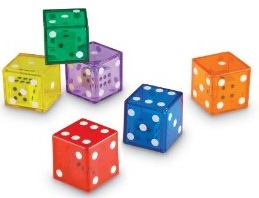 (Note: They also sell regular sized ones called Dice in Dice, but I saw them in person and wouldn’t recommend them as much. They are really small and the kids had a hard time seeing the dots on the inside dice. It also didn’t seem to have enough room to roll around inside either which resulted in several of the same numbers being rolled. Just my opinion…)

I also have the Learning Resources Double-Six Dominoes bucket. 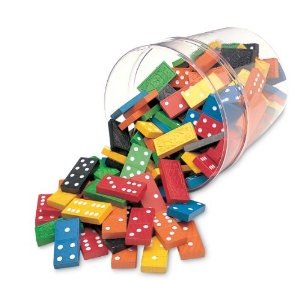 Note: Some of these games were inspired by kidscount1234 , make sure to check out her site for more fun math ideas!