Welcome to our trip around the United States using our Road Trip USA Geography Curriculum! This week we are learning all about the wonderful state of Oregon. 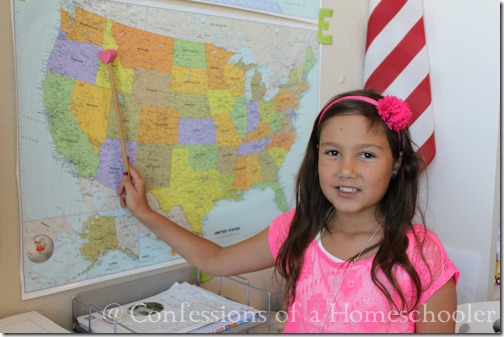 Oregon became the 33rd state admitted into the Union on February 14, 1859. It is nicknamed “The Beaver State” because of the association of beavers with the early history of the state and because of admirable qualities of intelligence, industry, and ingenuity associated with the beaver. Oregon’s Crater Lake is the deepest lake in the U.S. and measures 1,949 feet deep in places. 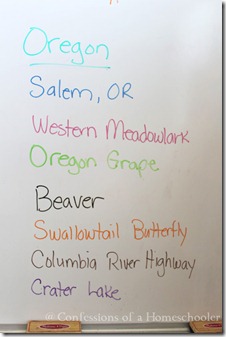 The Oregon state flag was adopted in 1925. It has a navy blue field with gold lettering. It is the only state flag to have a different design on each side. The front has a heart-shaped shield with an eagle on the top surrounded by 33 stars. The stars represent Oregon as the 33rd state to be admitted to the union along with the year 1859, which was the year they were admitted. The reverse side is navy blue with a beaver.

We made designed a postcard from Oregon, and wrote a fictitious letter to a friend. Just to explain the image below, we recently visited a zoo where they had a bird exhibit. You could purchase popsicle sticks with birdseed stuck to them so the birds would come and land on you to eat the seed. Apparently it was quite the experience as she drew it on her postcard, even though it has nothing to do with Oregon. 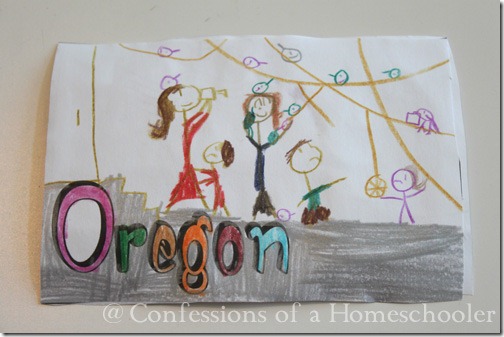 We read through all of the fun facts on Oregon from our Which Way USA Highlights Subscription. If you can, this is a really fun United States magazine subscription. The magazines have fun games, and the fold out you see below has pictures with lots of fun facts along with a full sized map of the state on the other side. 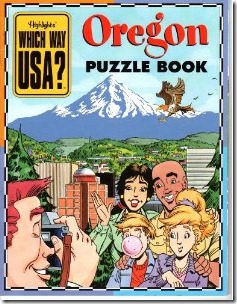 After learning about the animals symbols for Oregon, we classified and added the animals to our USA animal wall! 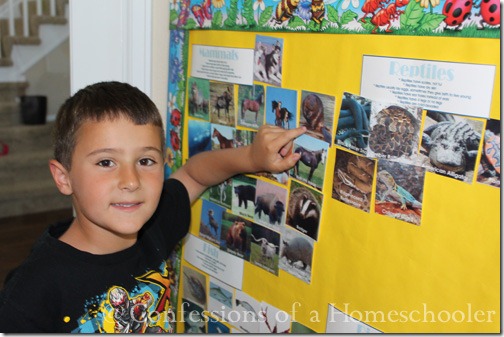 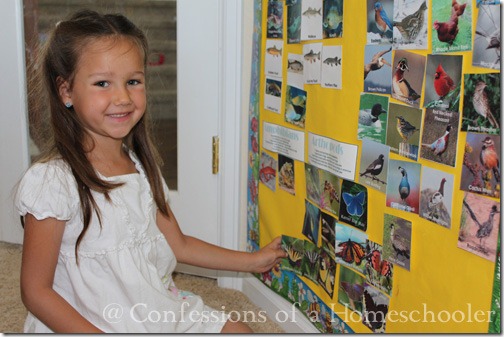 Oregon is one of the four major world hazelnut growing regions. It produces 95% of the domestic hazelnuts in the U.S. Hazelnuts are rich in protein and unsaturated fat and contain significant amounts of thiamine and vitamin B6. For our treat this week, we made some hazelnut cake. (Recipe included in the curriculum.) 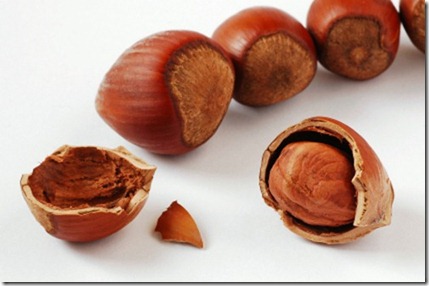 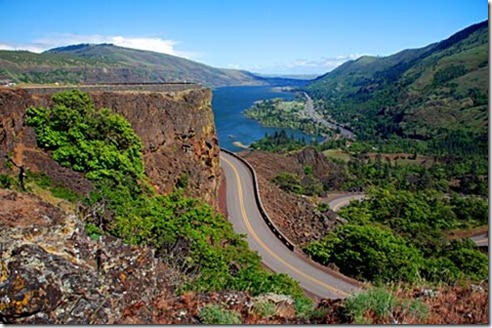 To continue with our large state puzzle, Turbo added Oregon to our United States Bulletin. After that we reviewed all of the states we’ve learned so far on our travels. 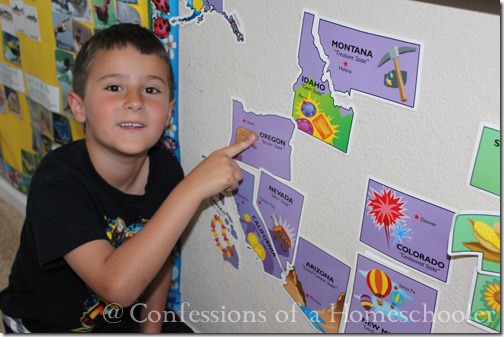 We took turns practicing our  mapping skills by locating Salem, Oregon using the map grid in our National Geographic Atlas. 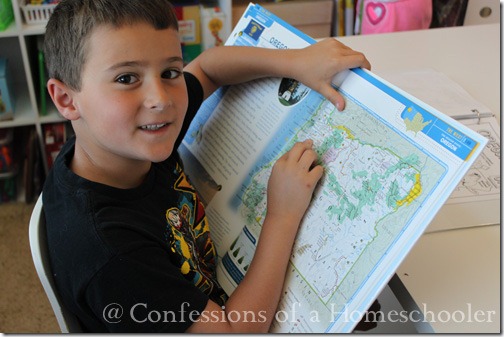 They all completed their state worksheets as we read through all of the Oregon state facts in our curriculum: 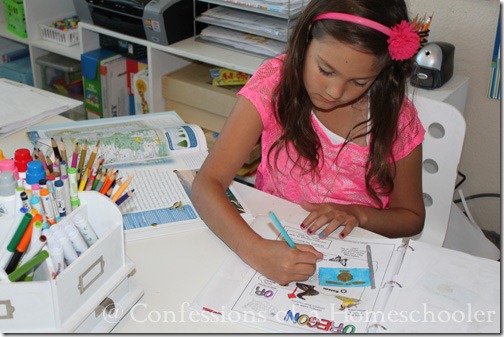 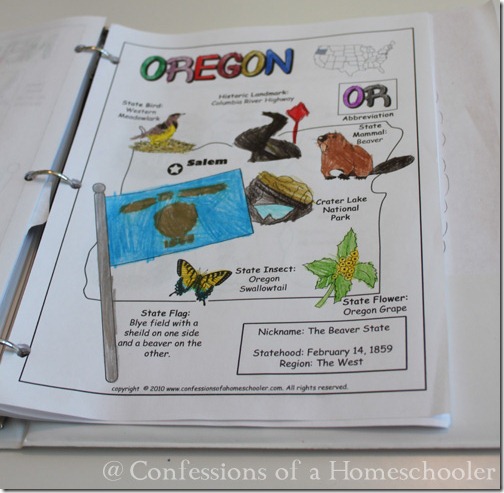 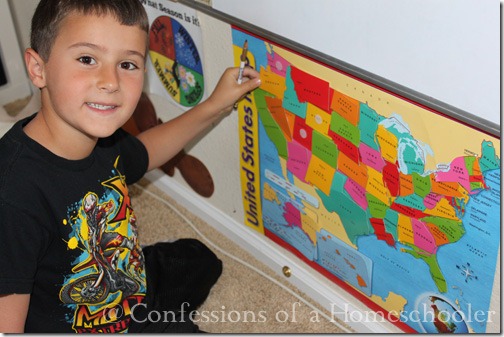 We are still working on the history portion of the curriculum by reading through “If You Traveled West in a Covered Wagon” by Ellen Levine. TinkerBell or Turbo reads this aloud to the group as we all listen. 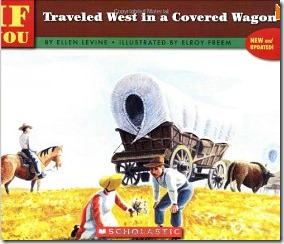 Finally we concluded our week by adding the Oregon state flag to our Travel Log. 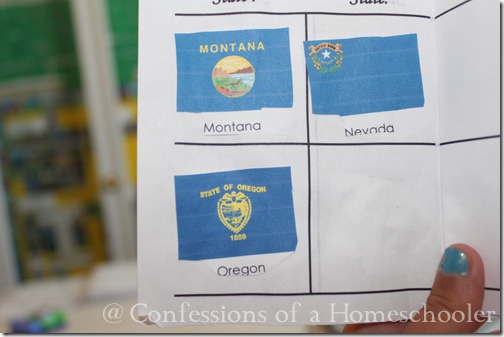 Since it was a review week, we added Nevada and Oregon to “The West” notebook divider. 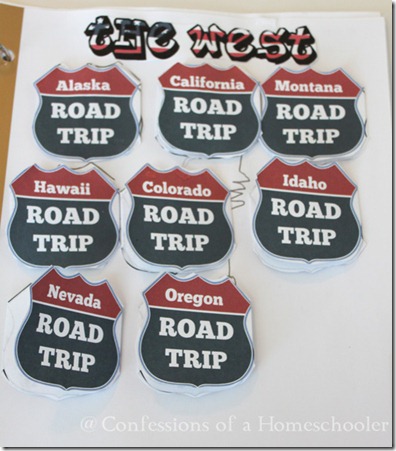 And that wraps up our Oregon study! If you’d like to come along with us on our Road Trip USA journey, click the image below to learn more!