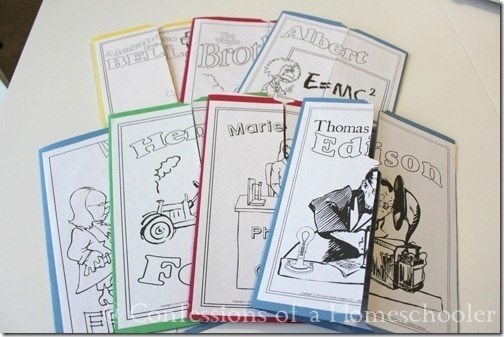 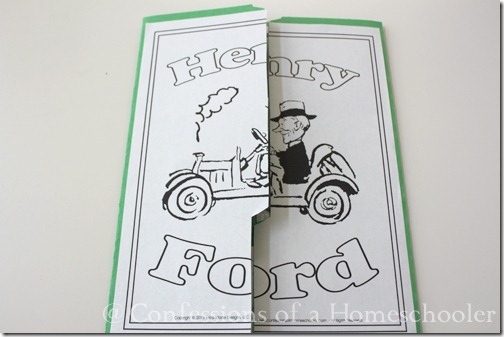 Henry Ford was born July 30, 1863 in Greenfield Township, Michigan. He is most well known for developing the assembly line technique of mass production. Ford’s first car was the self-propelled Quadricycle, which was developed in 1896. In 1908 Ford’s most famous car, the Ford Model T, revolutionized transportation in America by being affordable for many middle class Americans. At that time the Model T was just $825.00, and by 1918 half of all cars in America were Model T’s. Ford continued to release a new variety of models as well as new colors. Ford also took good care of his employees, astonishing the world in 1914 by offering a $5 per day wage which was more than double what most workers were making at that time.

Watch a video tutorial on our Henry Ford Lapbook 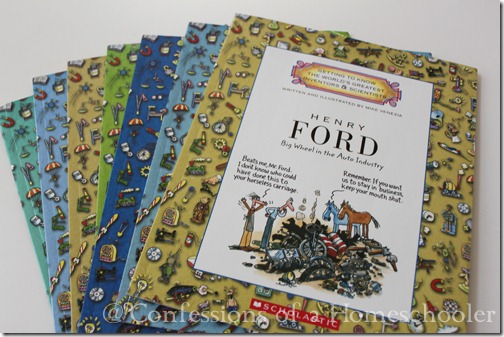 This study uses the Henry Ford scientists and inventors series by Mike Venezia, but students are welcome to use any other researched information they can find as well. I would highly encourage older students to do some independent research on their scientist and inventor prior to completing their final report. 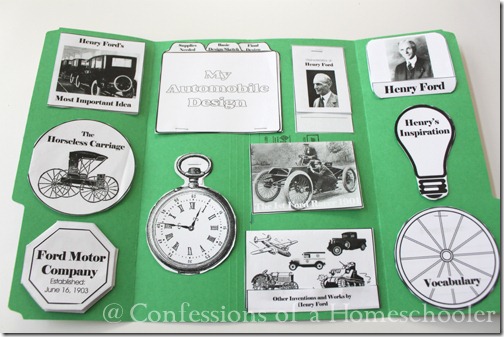 The study also includes a final report on Henry Ford for students to complete. There are several different formats of the report to accommodate varying student grade levels that might be completing the unit. 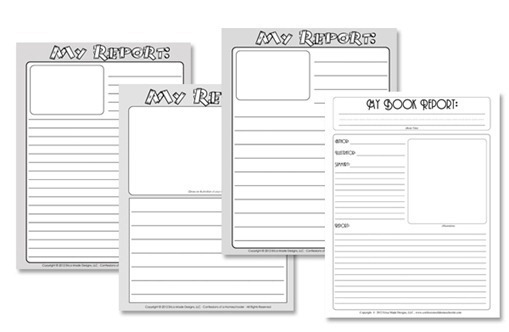 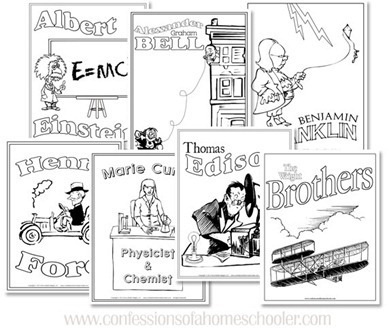 Ready to Win?
I’m offering a FREE copy of the Henry Ford Unit Study to one of my readers!