Hi everyone! As most of you know we’re expecting a Solar Eclipse to occur tomorrow, Monday, August 21, 2017. The eclipse is expected to pass through 14 states in the U.S. and be visible to everyone in the U.S. including North America and parts of South America, Africa, and Europe will be able to see at least a partial solar eclipse!

I have a fun and FREE 2017 Solar Eclipse worksheet download for you to use in your class/homeschool! 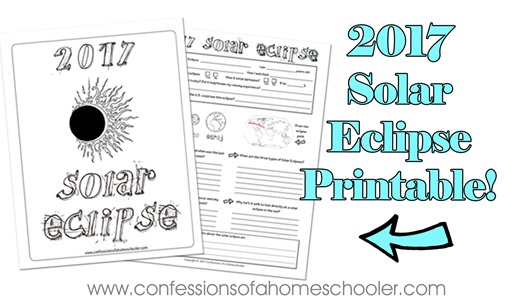 What is a solar eclipse?

A solar eclipse is a celestial event in which the moon passes between the sun and Earth blocking all or part of the sun from view. The entire event usually lasts around three hours from start to finish. The last time the U.S. saw a total eclipse was in 1979 and at the risk of aging myself, I do remember the event!

There are between 2-5 solar eclipses every year including total, partial, and annular.

There are three main types of eclipses:

Can you look directly at a solar eclipse?

You never want to look directly at the sun without appropriate protection. The sun outputs more power than our eye is designed to handle. Exposing our eye to that kind of power can damage the retina permanently. So please be careful when viewing a solar eclipse!

–>> A great alternative for risking using glasses, especially with younger kiddos is to watch the LIVE NASA STREAM. They will be showing the eclipse live in its entirety! 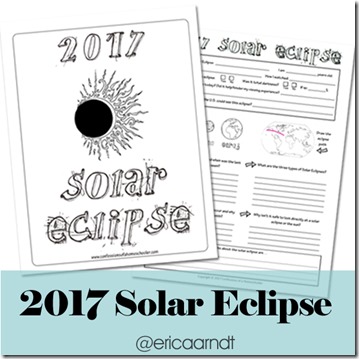