Good morning everyone! Today I’m sharing one of our LEGO Education Co-op activities. The kiddos made a really cool balancing mechanism using levers, gears, and a combination of materials and components to make a machine to measure weight and balance load.

They built the scale, but then were challenged to build something that could handle heavier objects as well. They needed to work out a fair system that differentiated between the weight of different objects.

They started out creating a scale that could hold a letter or envelope weight. 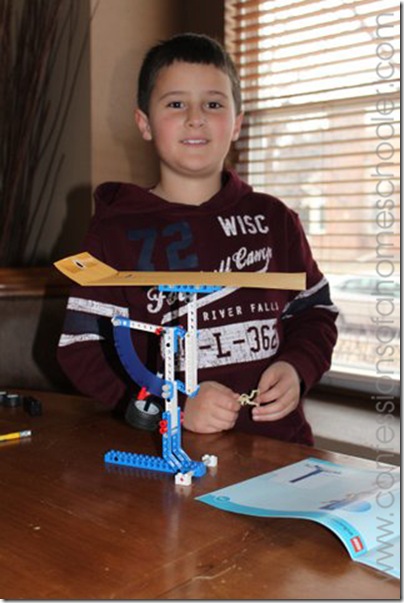 Next they were to add additional weight to see what the maximum capacity of their scale was. 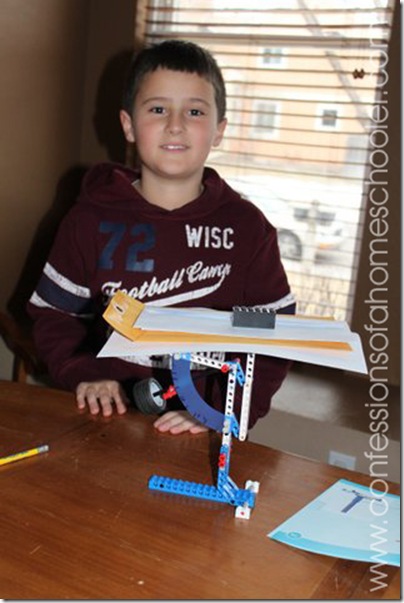 As you can see we used our LEGO tires to help increase weight. This particular one held one LEGO battery pack as well as a whole stack of tires. 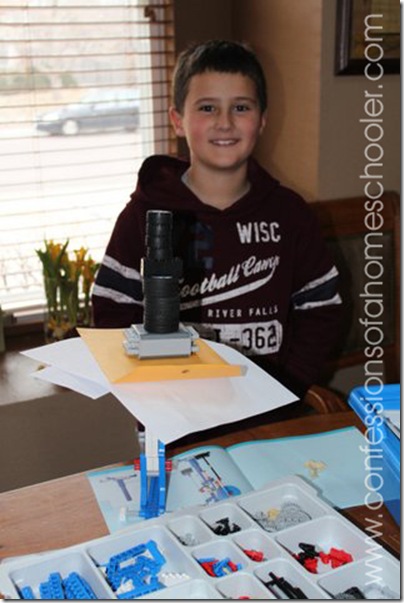 Next they did an experiment to try and determine weight of objects by hand to find items that appeared to have a similar weight. Next they placed those same items on their scale to see if they were indeed the same weight. 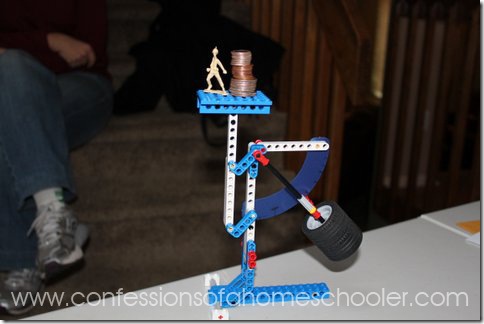 They also used the scales to see if they could come up with similar amounts of money using the scale. Throughout their experimentation, they kids filled out a grid to determine which was a better method of weighing objects, hand vs. machine by estimating the weights first, then weighing them with their scales. 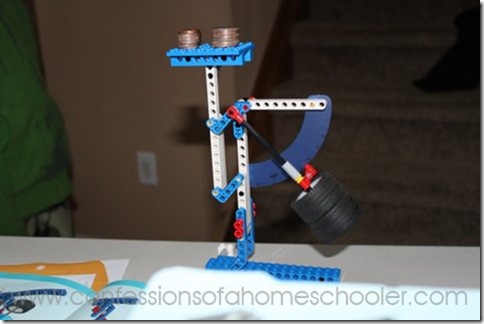 They also created a smart balance that could hold fluid, or items that can’t stand up on their own. So first they subtracted the weight of their container, then calibrated their scale back to zero with the container on the scale. Next they were able to add liquid to their bowls to measure out 100g measuring the net weight only. 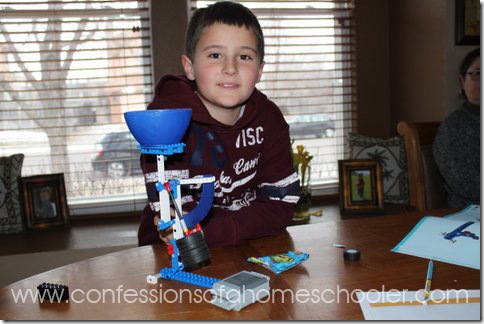 At the end of the day, they were given free creative license to build their own scale, combining what they’ve already made. To see if they could come up with a better solution. Here is one of the finished projects. It’s quite interesting as you can see, and it actually worked which was really cool! I really love how this curriculum encourages creativity as well as logical and critical thinking skills. 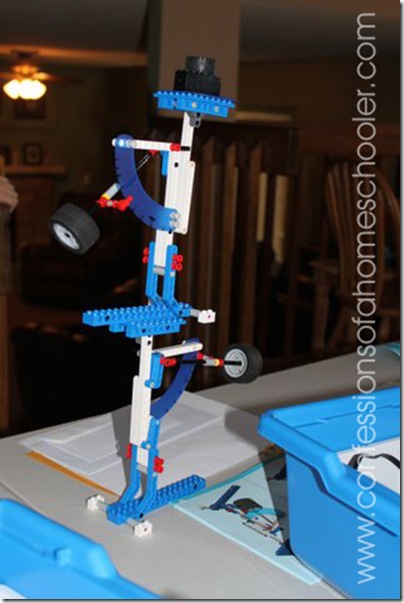 All in all, this was a super fun project and the kids really enjoyed weighing various objects, and seeing that the scales they created did indeed work!

NOTE: We used the  Simple and Motorized Mechanisms curriculum from LEGO Education. If you would like more information, visit the LEGO Education website! And yes, you will need to purchase the base LEGO kit. The kit is meant to be used with 2 students per kit. It includes the LEGOs as well as the building instruction booklets for each project. You will also want to purchase the activity pack which is basically the teacher’s manual with all of the lessons in it.

Check out some of my other LEGO Education posts below!

Disclosure: LEGO Education provided our group with the Simple and Motorized Mechanisms base set for review purposes. Any views or opinions expressed in these posts are mine and not LEGO Education. LEGO Education does not endorse the opinions of any individual or institution, other than those expressed by a LEGO Education staff member acting in an official capacity.