We’ve finally started on our Young Scientist Kits for the year and the kids are loving the experiments. Kit #1 includes 3 separate activities, this one has Recycling, Scientific Measurement, and Magnets. 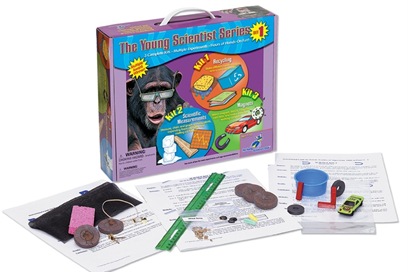 The first activity we did was on Recycling.

This kit discussed the importance of recycling. The kit came with tools to make handmade paper, since we made that last year in our Expedition Earth China week and I was feeling a little lazy, I skipped it. Next they had us create our own mini-composter. The kit included 2 peat moss disks that we were instructed to soak until fluffy. 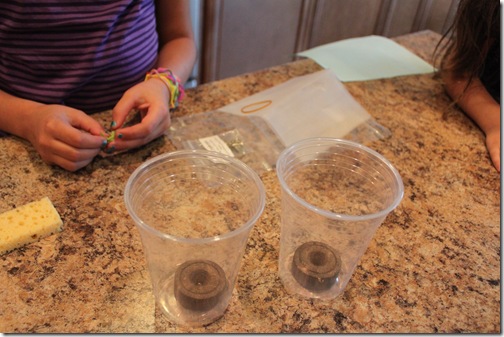 Sadly, the disks were old I think, so they didn’t ever expand. We ended up having to use some of our own potting soil, which wasn’t a big deal. In one cup we put a piece of plastic, and in the other we put a piece of lettuce. After a few days we checked and the kids noted that the plastic bag was still intact, while the lettuce had started to decompose. 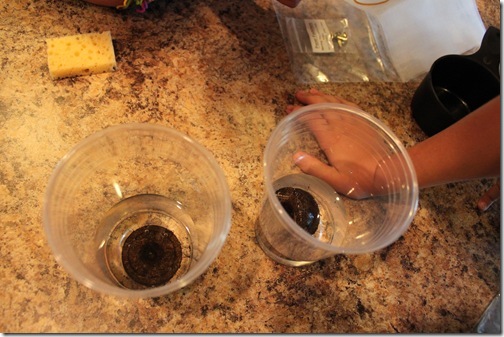 So our first experiment wasn’t so great, but the kids got the idea, and I’m sure the rest will be fun!

We started by filling a cup with ice cubes, then measured it in both inches, and centimeters. We recorded the results on our Science Experiment Form. 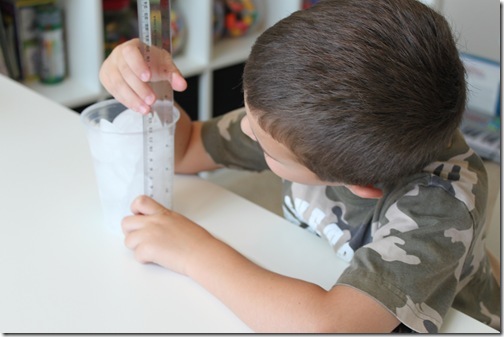 We also put a quick note in the first box where the kids guessed whether the ice would be the same volume frozen as when it melted. To we marked our cup with a piece of tape so we could easily see the results. I forgot to take a photo of the cup once the ice had melted but it was about half what it was when frozen. The kids were very surprised to see this result! 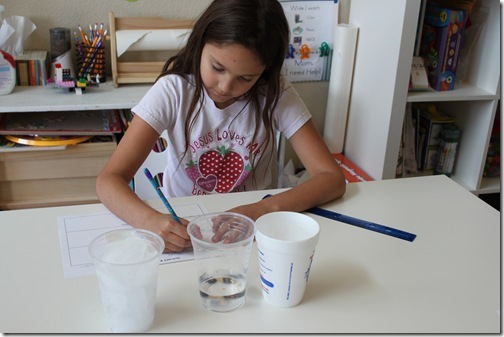 The kit also came with some beans and wheat seeds. We soaked the seeds in water overnight, then planted. In a few weeks we’ll measure our plants to see which has grown more, again we’ll record both US and Metric measurements. 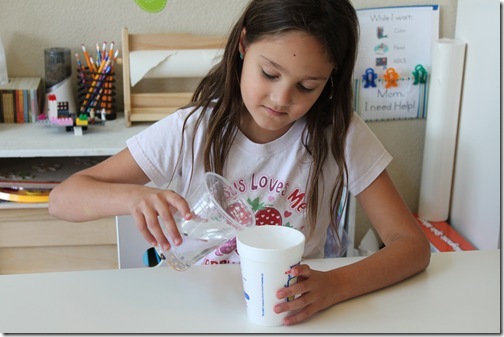 So that was our first week of science experiments, next week we’re tackling magnets!

If you want more details, you can click here for more information on the Young Scientist Kits.