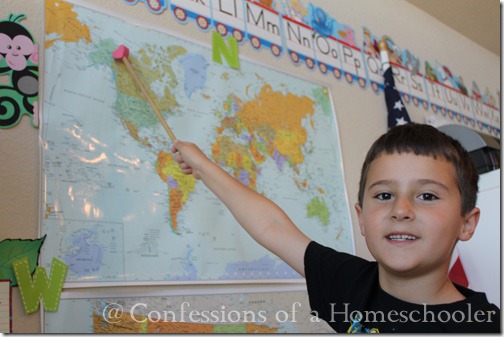 Alaska became the 49th state on January3, 1959. It is known as “The Last Frontier” because of the distance from the lower 48 states and because of its rugged landscape and climate. If it was placed on top of the lower 48 states it would stretch from Florida to California. It is the largest land state in the U.S. being twice as big as Texas and 488 times bigger than Rhode Island! The state boasts nearly 34,000 miles of shoreline, and reaches 90 °F in summer, while in the winter, the temperature can fall below −60 °F. Barrow, AK (located at the very top of the state) has a two-month winter period where the sun doesn’t rise at all. In the summer, all of Alaska gets 24-hour sunlight for at least one day at the solstice (June 21), while Barrow has continuous day light for about 85 days in a row. 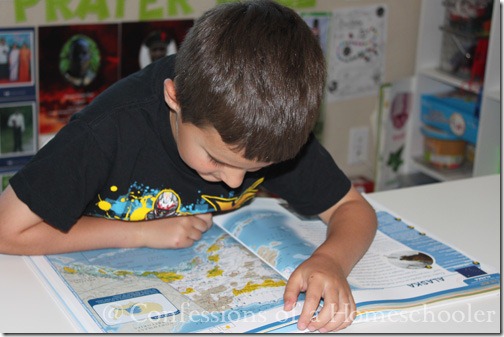 Tinker Bell added Alaska to our United States Bulletin. After that we reviewed all of the states we’ve learned so far on our travels. 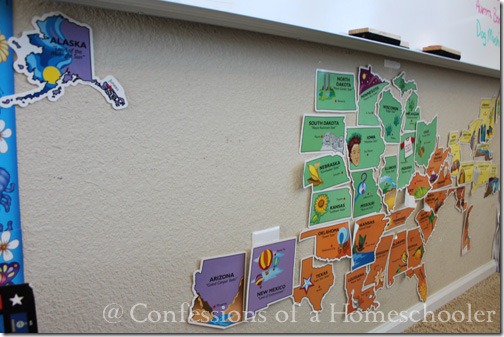 After learning about the animals symbols for Alaska, we classified and added the animals to our USA animal wall! 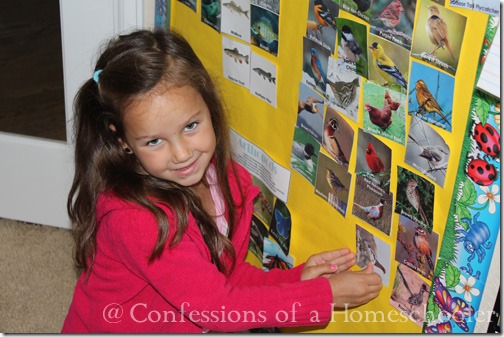 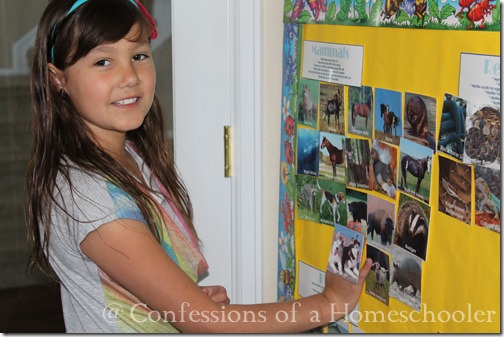 Dog Mushing: For the Alaskan Natives dog sledding was their main way of transportation. It wasn’t until the late 1890’s that dog sledding became a sport. The miners bet on dog teams, then held races to find out which dog was the best dog on the Yukon Trail. In 1908 the first organized dog race, the “All Alaska Sweepstakes” was run. It was a 400 mile course that started in Nome. Now, every March the “Iditarod” race takes place. It is 1,049 miles long representing Alaska as the 49th state in the USA. Watch a fun Iditarod 2011 Race Video here. 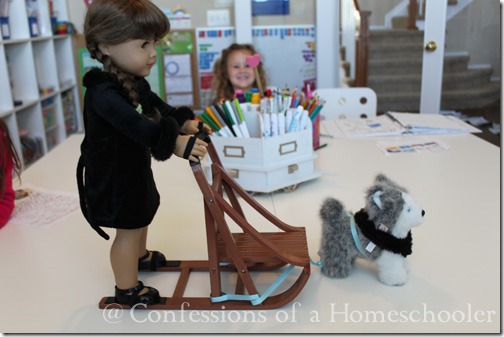 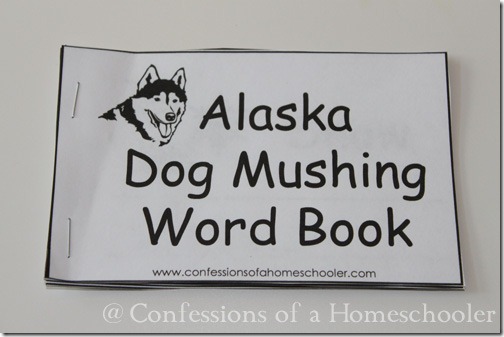 The ‘Inuit” or Eskimos of Alaska are an ancient people that have grown with the state. There are only about 60,000 Inuit left in population. They spread from Siberia, Canada, Greenland and Alaska. They hold their elders in high esteem. Traditionally, they wear seal and caribou skins with fur trim for warmth. 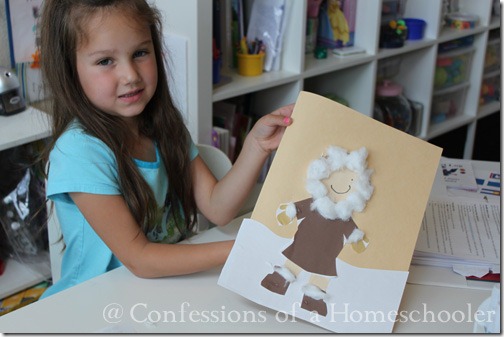 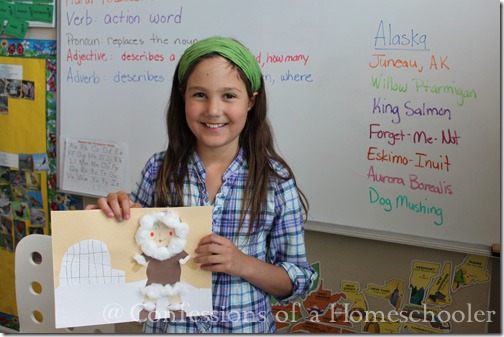 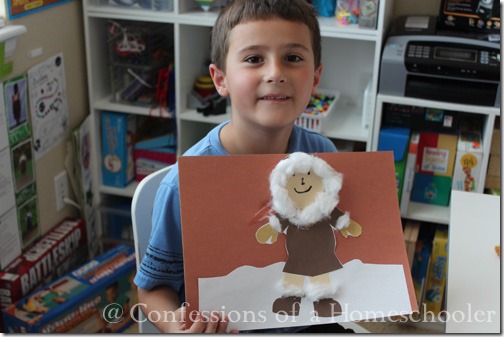 The Aurora Borealis is a natural light display in the sky, particularly seen in the polar regions. The phenomena are caused by the violent collision of charged particles directed by the Earth’s magnetic field. They are commonly seen between 60 and 72 degrees north and south latitudes or within the Arctic and Antarctic polar circles, This is due to the longer periods of darkness and the magnetic field in these areas. Watch a Northern Lights Video. 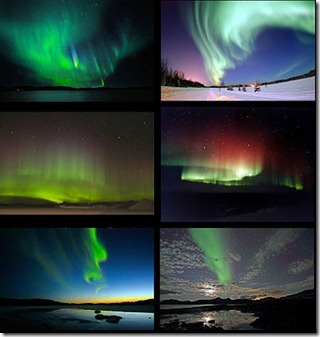 Just so we could see this wonder for ourselves, we checked out a few You Tube videos of the Aurora Borealis. 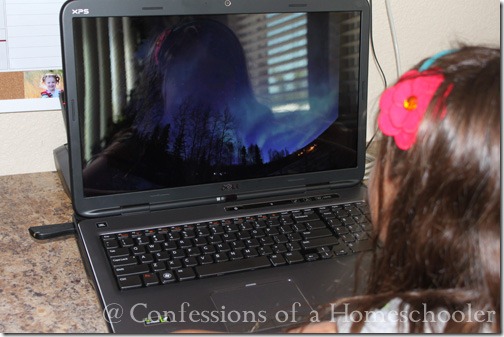 Alaska is known for Alaskan King Salmon, King Crab, and wild game. They are harvested off the coast of Alaska and Aleutian Islands during the winter months. Alaskan crab fishing is very dangerous, it is believed that on average, one crab fisherman dies weekly during the seasons. 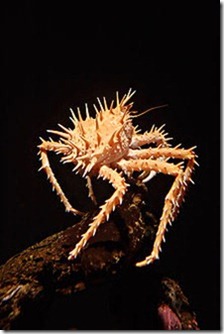 They all completed their state worksheets as we read through all of the Alaska state facts in our curriculum: 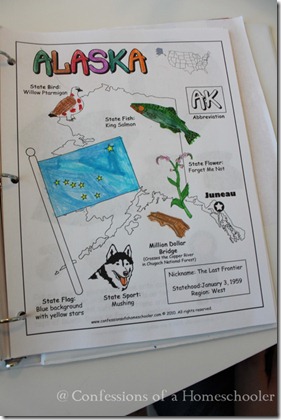 Then Turbo had the honor of adding the state to our wall map. 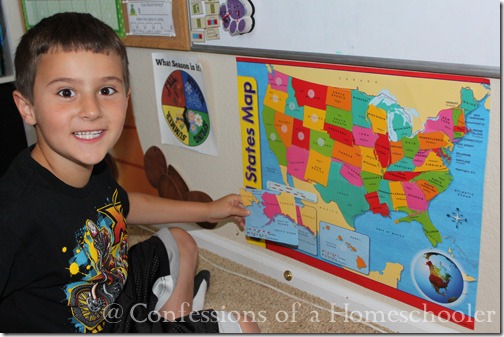 As usual, we ended our week by adding the Alaska state flag to our Travel Journal! 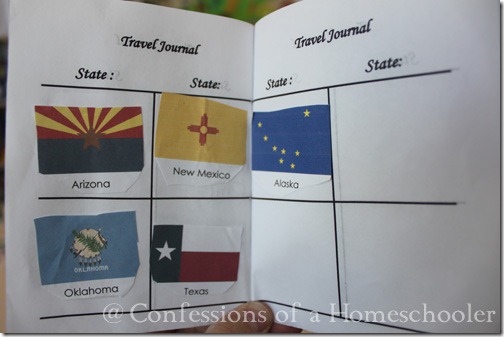 And that wraps up our Alaska study! If you’d like to come along with us on our Road Trip USA journey, click the image below to learn more!